Noticed someone was playing this level. Where is it?

Most likely those who show this level has finished Boomerang Bay and the next island coming up will be Magma Mountain.

I don’t think so. They’re still adding to Boomerang and you can always see a new land with a lock on it. Plus, they advertise it in your Inbox.

@Tom_Ayars I have been on level 180 on Boomerang Bay for several days now, it will continue to say 15 New Levels on Boomerang Bay in the News tab even though it’s been completed. I have viewed some of my teammates who are on the same level as I am currrently on and it says they are on Magma Mountain. For some reason it will not show it on our own profile.

Thank you for the timely answer.

I have been trying to figure this out also.2 team members are on magma Mt and 3 of us are still on boomerang bay.all have completed 180 on bb.i had a problem getting into boomerang bay when it first came out.one other member was on it and said you had to go through a rabbit hole to get there.i am not Alice so had to wait a few weeks.

I just wait patiently since I can’t get into that rabbit hole like Alice…LOL I’ll continue to save some volcanos and wilds for the time being to ready myself for the new levels.

It might be a Beta version or maybe the powers that be are trying to create a little mystery to pique interest.

I completed Boomerang Bay & I am in Skylands which seems to have no end. I’m curious to know where Magma Mountains are as well.

Once they have levels in Magma Mountain they will announce it in the News tab. It should be soon since it normally takes them 2 weeks after the last new levels were announced, assuming they were completed the same day. Skylands is a combination of all levels so it makes sense to feel that way about it…probably why I rarely play there. I don’t even try to beat my highest level [174] since Skyland became available.

How is everyone finding Magma Mountain?

(Who the hell comes up with all the obstacles?! Lol)

You get there if you’ve completed all of Boomerang Bay…the developers comes up with all the obstacles…of course…LOL They have to make it challenging somehow and different from each island, oh the joy.

Oh I was completely being sarcastic.

Magma Mountain is challenging and I give props to who ever came up with it.

I understand the sarcasm. I can’t wait to see what challenges awaits us in the next island. Sometimes I wonder why I torture my brain…LOL 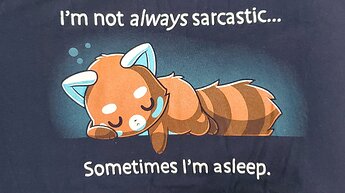