How do you communicate with your club members?

How do you communicate with your club members?

We mostly do through chat, but our group also has a Facebook page and dd them on messenger.

Same here. Primarily with chat but we do have a FB page as well so we can message each other. Particularly useful when good players are idle longer than expected without notice or we need someone to finish a quest. People who don’t even say hello are more likely to be booted if they don’t meet all club requirements.

If they do not even chat how do you get them to even know there is a FB page? Just keep trying? LOL I don’t know if they know there is a chat. If the Club Notes don’t show unless you hit the enter text space you don’t even see the chat. Hopefully you are saying Chat in reference to Club Notes? THank you !

The ones who don’t know about chat are likely newbies. Been there. Often they eventually discover it. If not and they don’t abide by club rules, boot them

Thanks so much for your help! One more question: What did you name your FB Group? Thanks in advance!

Our FB group has the same name as our club. It was a hidden group, so we originally had to friend our leader, but we’ve now made it visible but requiring approval.

How do they not see the Chat bubble? One would think they would click on it out of curiosity? I recently accepted a new member and have welcomed them twice and asked them to use chat. I haven’t received a response. It is aggravating…

That’s actually how I discovered chat. The very 1st club I was in had 9 players including me. I was the only one that played, the leader would start to play when I completed perk 1 and 2. Imagine waking up to play and the volcano was always erupted lol.
Than a pop up on the game said discover new clubs so I clicked it, and joined the 1st club that appeared on the list. While playing I seen the bubble, I was curious and clicked on it, and was ecstatic​:rofl:

.
Funny story number 2. I the same club the leader mentioned says thanks for the gift.
I can’t tell you how many times I typed THANKS in chat

.
It’s all the small things new players just don’t know, and when a new player joins I try and get there attention and help.
I still wonder out of the 24 players likely getting a good giggle from me, not one actually helped me. It wasn’t until a gift appeared in my inbox that the thanks button was there lol!

I hear you Tracy! I have tried to get her attention every time I see she’s active. She came from another team with a good point total, so I made the presumption that she wasn’t a new player. This makes me miss the Facebook friends sharing, at least then we could contact them and ask if they had any questions or needed help.
Thanks for your stories and responses.
Take care and happy playing!

Hi Tracy!
I had a bright idea to add a new Club Note telling her to click on the orange arrow on the right…but that will only work if she clicks on Club Notes…I will let you know if it works. ; )

I spent a weekend with my 6 grandchildren, and let then play for me. They tapped on every red circled exclamation point they saw while playing. But not one tapped on the dancing chat dots.

I really think, and suggested to tripeaks, that they make the dancing dot bubble red. I bet that world make a difference!

I feel like we’re not playing the same game. What chat? We have Club Notes a few of us have used. What exclamation points? Maybe your grandchildren can find them, but I can’t.
I have no idea what a chat bubble looks like.

As leader of our team I make must chat mandatory! If they don’t chat and are lousy players I boot them. It’s right in our title MUST CHAT! Just at least as hi! Too many creeps out there.

The white NEEDS to be red, with white dots! Players look for red! Lol

@Mary_Hooker, on these screensbots you can see club chat (to the righf club notes,) and 5 exclamation points! 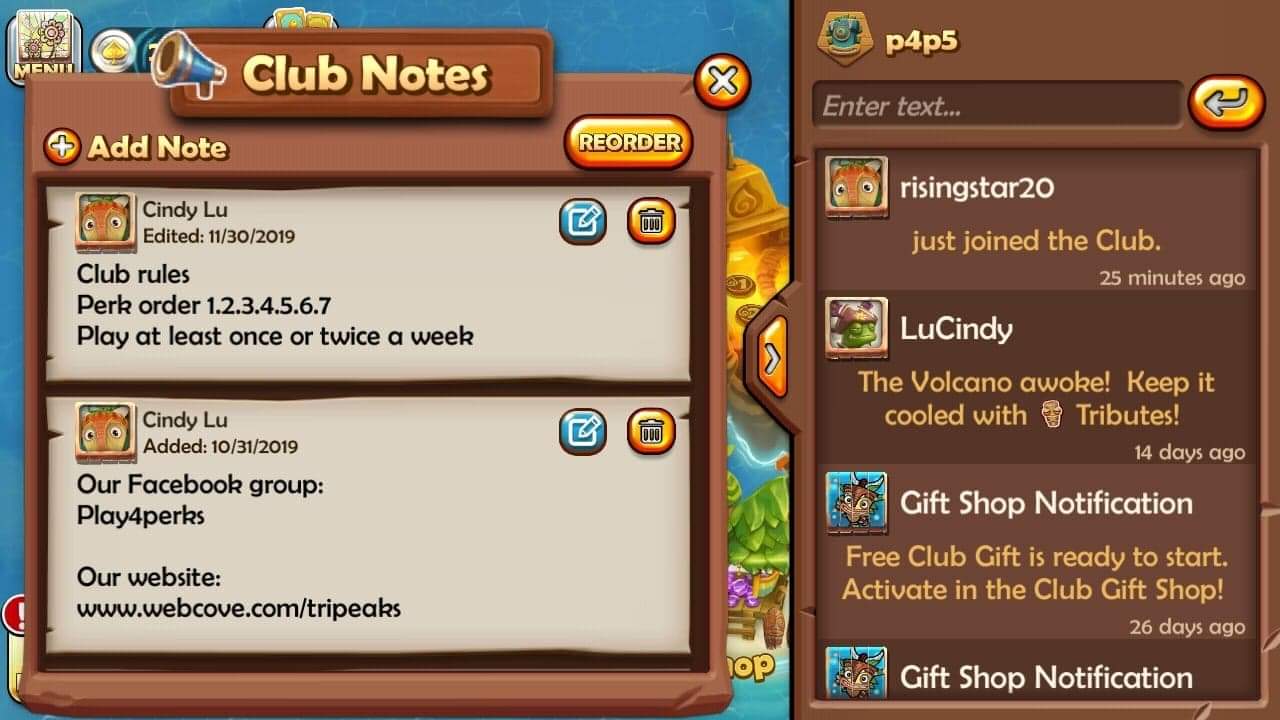 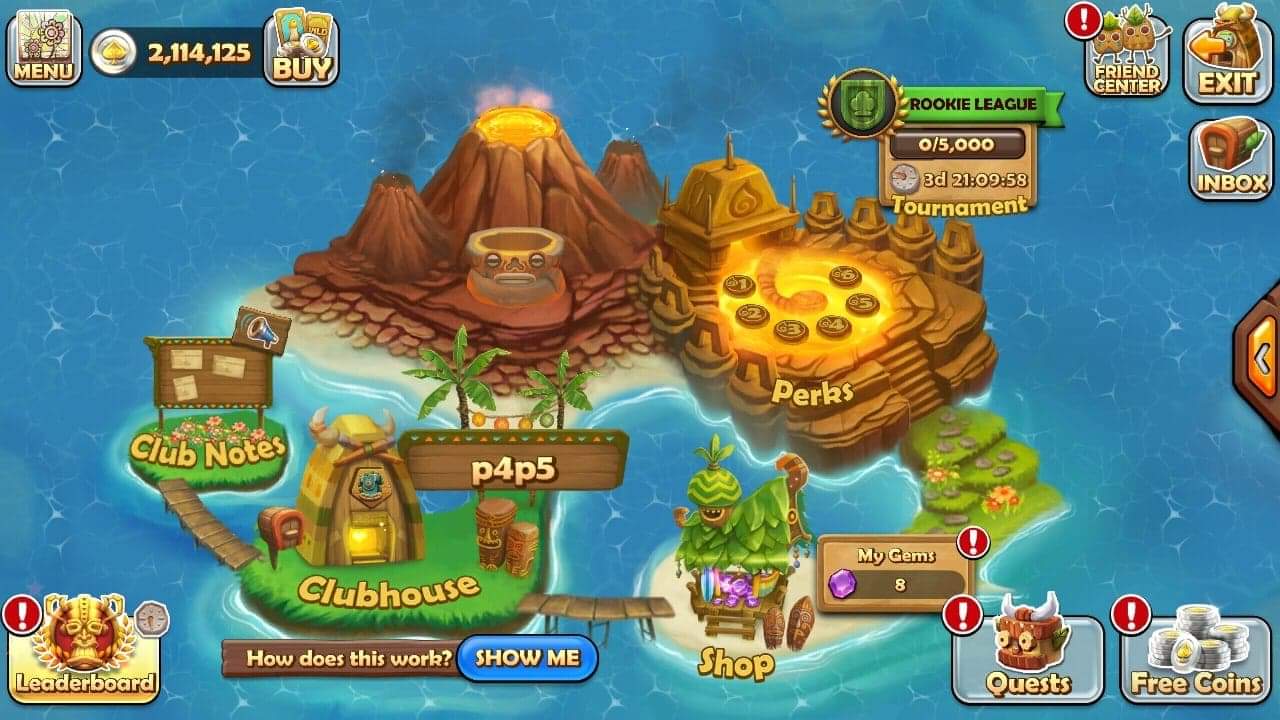 I have put instruction in club motto even saying squiggly lines on right side of screen…click on it for notes and chat, lol don’t think it did any good but is worth a shot!

Thanks Glenda! I will try anything at this point. ; )

Oh yes there is nothing drives me crazier than those that don’t read chat and club notes!